Since the dawn of Arthurian legends, leaders have promoted the myth of harmony with roundtables. Nowhere has this mythology been more celebrated than in today’s global political-economic roundtable. From Beijing to Washington and Riyadh, the table sings its harmonious song, crooning endlessly about political peace and financial cooperation. Such united and egalitarian furniture has gone unnoticed. Until now that is. 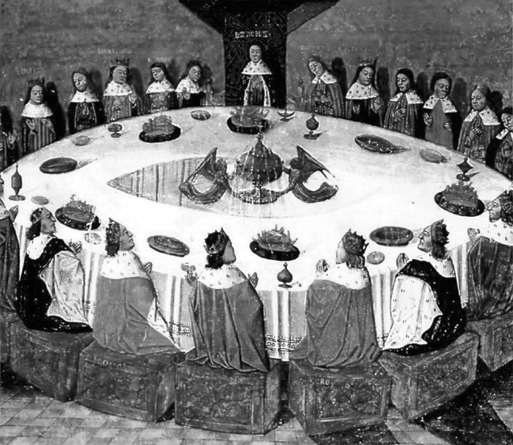 Once upon a time, there was King Arthur’s court. As legend has it, Arthur’s court had a table that was round: it had no head and no sides. No one sitting at the table had any privilege, and all were treated as equals. Today, many believe Arthur’s table was fictional; others believe it was fact. But no matter. Feast your eyes, gentle onlooker, on a mythology grander than even Merlin’s magic. 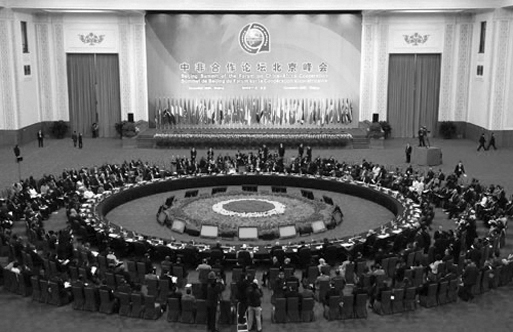 Forum on China-Africa Cooperation paints a story of colors gone wild in Beijing: Leaders collaborate on a giant pop-art merry-go-round. With bright red carpets all around, and green, yellow and red flowers in the centerpiece, this roundtable spawned a dizzying kind of graphic shock. To make the most of this vertiginous meeting, leaders then pleaded with journalists for healing photo opportunities. 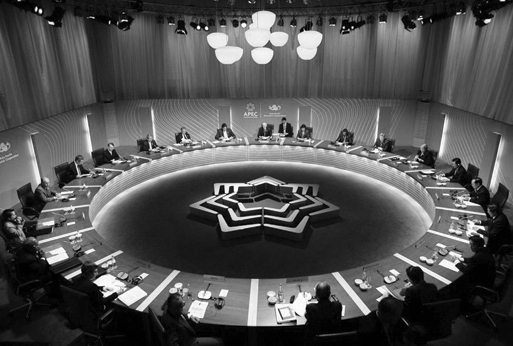 Sydney’s fiery red fortress of economic integration survives largely thanks to the devotion of the city’s warrior shaman. When the fort is breached in any way, the invisible shaman waves his invisible hand and presides over unifying pot-lucks and pow-wow gatherings. 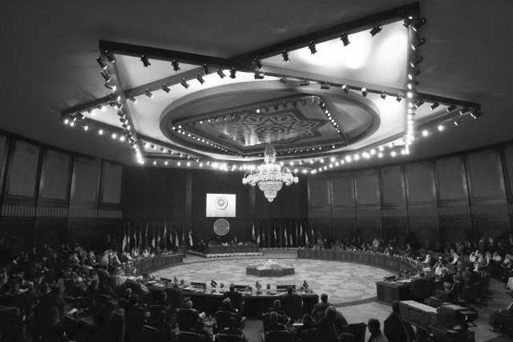 The eight-point star design that hovers above this Damascus roundtable refers to the ancient belief of its close-knit participants. When the star first appeared, they believed it was a sun god, or The Lightbringer. They claimed it had eight magical wings that could literally fly them and their economies endlessly up into the sky. 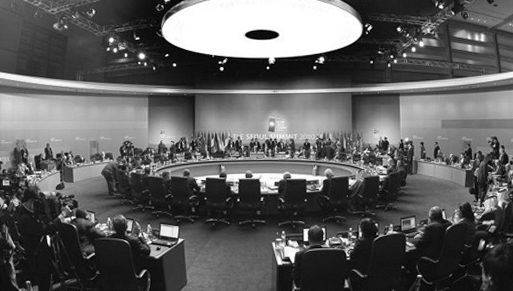 In 2010, all G20 leaders had disappeared and were lost somewhere between Titan and Uranus. Despite extensive press conferences and question periods, no trace of them could be found. When survivors started surfacing, they refused to take to the microphone, claiming it was a portal forced upon them into a terrifying parallel universe of transparency. 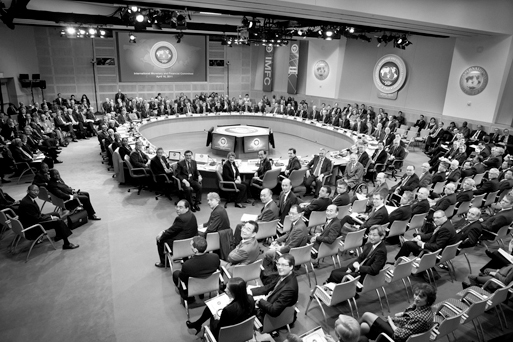 Washington’s abundant poverty and crime is nowhere more apparent than at the Wold Bank and International Monetary Fund’s spring meeting. The floor is a cold unyielding grey, and the table is a basic pecan structure stolen from a doctor’s office east of the Anacostia River. With so many tailored suits and worldly wall-mounted seals, you’d expect just a bit more drama.

To see the complete Roundtable Harmony collection,
get our printed launch issue at: