What is design?
Interview with Gert Dumbar 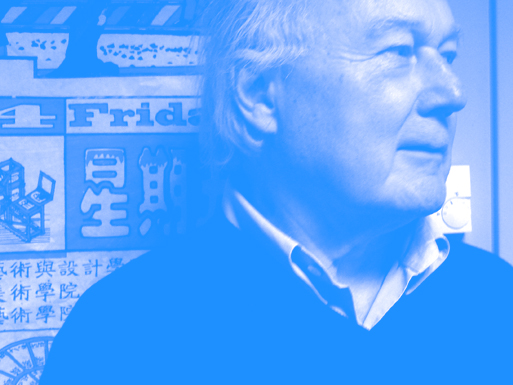 There are lots of things you could ask yourself about design. Especially in Holland. Marcel Wanders is this sort of clown in design, and makes absolutely not interesting pieces of furniture.

In Holland, we have two words for design. One is vormgeving; in German formgeben. And the other word is ontwerpen; in German entwurf. In the Anglo-Saxon language there’s only one word for design, which is design. That is something you should work out. Vormgeving is more to make things look nice. So for instance, packaging for a perfume or for chocolate in order to make things fashionable, obsolete and therefore bad for society because we don’t really need it. While ontwerpe means, and the Anglo-saxon word, but its stronger, means engineering. That means you as a person try to invent a new thing—which is intelligent, which is clever, and which will have a long-life. And that’s called stylistic durability. It means you can use it for a long time.

Carrying this even further, consider an American definition of design. As we all know, America is a capitalistic state and was the source of most recent economic crisis. Americans are all about money; money is status. And they have invented a variation on engineering called “Sloanism,” which is a term from before the war that came from a General Motors director, Albert Sloan. When they were designed the car, Mr. Sloan said “give it a little change, then it looks new.” And so people start buying it, as well as a status symbol. Sloan was not a designer or engineer, but a true capitalist. His idea of design was to make money by making things look new and fashionable.

Do you think there’s confusion about design for English speakers? Because they only have one word—design—for all these different definitions?

Yes, it’s a language thing. It’s a philosophical thing as well. I must say, I was educated also at the Royal College of Art in London. And it was a bit decadent. They really cared for how a chocolate box looked like, and toilet soap. And it tends towards advertising as well. And then we have this terrible word, which is marketing. And marketing is also from America, which spoiled a lot of spontaneity in design, and in general.

What do you mean by marketing? Are you referring to a few too many layers of focus groups, surveys and sterile business strategies?

Yeah, but marketing is not a form of knowledge. It’s slow, dull and often repeats itself. Marketing applied to design is terrible. I’m the only Dutch designer who was against this and shouted, for years and years, in interviews and everything.

And there is for instance a lot of designers in Holland that design chairs. Yes, chairs. Now I come into another thing: design and politics. The Dutch embassy is saying Dutch design is world famous, which is in a way true. But they forget it was the Dutch graphic designers that were famous. That is the difference. They changed it into product design, because you can see it and hold it in your hand. The embassies, the Dutch Ministry of Foreign Affairs, is now giving a sort of message to its cultural attaches at embassies: promote Dutch design. Dutch design is a word that I invented—personally, 25 years ago—for graphic design. But they have adopted it, bla bla bla. And they promote these total clowns in design who are very well-known in Holland—those terrible, terrible designers who just do exhibitions of chairs in museums.

Gert Dumbar is a designer based in Amsterdam, and founder of Studio Dumbar.