Home THE POLITICS OF AESTHETICS

THE POLITICS OF AESTHETICS

What does it mean to design?
Interview with Daniel van der Velden /
Metahaven 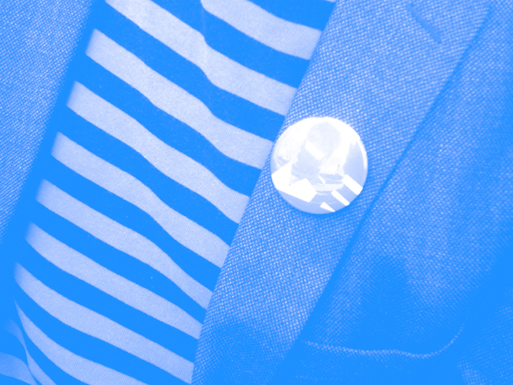 What does it mean to design? Many designers say they do things because they “feel like it.” Of course, guts can be a part of what you do. But to what degree? Is design all guts? Or can design think with its brain too?

If someone brings up “they feel like it” as a justification for design, of course, that’s uninteresting. But if intuition tells you what needs to be what, that’s interesting. Because it refers back to the capacity of designers to observe. They observe a certain reality around them, a certain state of things around them, and at some point, they think: this is the best expression. That moment is important for design.

Not to say guts should be denied, but to what extent are they exercised? Ask designers about their aesthetic habits; those who always use the same forms or colors. They’ll tell you its because their intuition told them to. Aren’t they behaving like stylists who employ standards? Shouldn’t they be developing new standards for each new project or new context?

Those standards can be collectively re-assuring conventions. In the age of social media this is of course pervasive. You can be totally copying your friends’ friends aesthetics because these give you access to more “likes”, a bigger network, kudos from your masters, etc. That is being a smart entrepreneur, not a copycat. But does it make for great design? Not having enough time is also a decisive factor; if you opt for these standards you apparently don’t have time to make your own. How do you then create that time? And where do you decide to comply?

Maybe there’s nuance between gut feelings and a kind of comfy zone?

Exactly. There’s “I feel like”. Or there’s a gut feeling which brings you out of your comfort zone. Why are design students always perceived as better than their teachers? Even if they’re not good, or not always good. Maybe it’s because students, being younger than their teachers, have a more complete knowledge of their world as it is. Rather than how the world was. And, they have a readiness to embrace it.

That’s why I think our own practice would like to be—in some aspects—like a student’s practice, as some would say. Even though its a professional practice. I would say its about preserving the special quality of not having a routine formula. And looking for that moment when you think: this is the gut moment.

If you don’t address the politics behind the aesthetics, there will be no real change. Like in “critical design.” So basically, there’s are still people today, who do the stuff Droog designed back in the 1990s. They do it even better than Droog did it. But Droog did it when it was also politically relevant. Of course the politics of those aesthetics have been re-defined in the meantime. So you can’t do the same thing now, and imply the same thing. We perceive it differently now. We’ve all ingested that material and, in the meantime, we’ve seen other things. They don’t produce the same effects they once did.

Its interesting that those were the politics of that time, defined by the information age, a global capitalist society, a post-Wall world, the idea of a risk society and hyper-individualization. But again, critical design from the 90s no longer produces the same effect. We’ve seen other things. And we’ve seen a total breakdown of the free market and social democratic ideology, yet without another model taking over. We fully experience the ‘lack’ or shortage of a new model that Ulrich Beck talked about in his “Risk Society” thesis, written over two decades ago.

There’s this group we’re interested in, called DSG, or the Deterritorial Support Group. They’re a self-proclaimed ultra-leftist propaganda group, based in London. And someone said on Twitter: DSG made Metahaven look like Adbusters. And I thought this was great, because that’s really how it should be.

It should be like in music. Maybe there’s a band. And then there’s another band, and they’re doing something even more extreme and heavy. The band that came before is labeled ‘sort of okay’, people say ‘but now you’re like Bon Jovi’ and that’s no longer interesting. That sort of evolution going in design is an absolute dream for me.

Going into places you’re not sure of, instead of settling into comfy zones?

Exactly. They challenged us. And that’s so valuable. That’s innovation. You can’t hold the truth. You can never really say ‘this is what we’re about, that’s the absolute’. If you start something successful, other people will do it too, and force you to do something else. It’s a healthy rebuttal.

Daniel van der Velden is a designer based in Amsterdam, co-founder of Metahaven with Vinca Kruk.